This week was a really cool and useful week. The first two days involved research into the marketing and production side of game creation, taught Simon Barog of Barog Game Lab (http://barog.co.uk/projects/). It was really great to see game development from a very different perspective, and it will definitely be very useful for any of the class who plan on starting our own game studios. He promised to send on some of the information he spoke about, so I will post about them at a later date.

The final 3 days, Simon introduced us to Andrew from Spilt Milk Studios (http://spiltmilkstudios.tumblr.com/) who went through the production side of game design through the form of a Game Jam. Our challenge was to create an “art heavy arcade classic” in three days (minus basically one day for a presentation of our previous VFX project).

We had a rough concept for a space chickens style game at first (cos there’s a demand for that, right?), but that quickly evolved into a steampunk style asteroids game.

I was in charge of creating the architectural elements of the scene, and so I started by creating a modular building, that I could then deconstruct and remake multiple other buildings with it. I used UV repetition and overlap a lot to maximise the texture resolution.

I then took this building back into Maya, where I deconstructed it into the modular elements that would be used to rebuild the rest of the buildings. 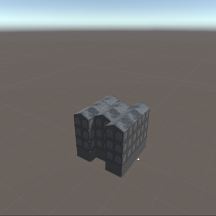 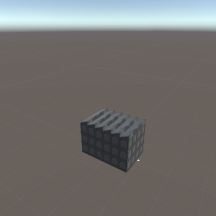 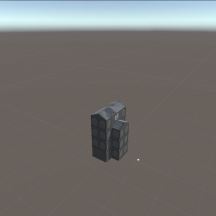 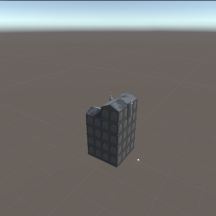 Then to add further variation, I created two different sets of textures, and two different materials, using the same objects and UVs, so that even more variation could be added.

While it’s only very subtle, it hopefully adds another variation to the mix.

And here is our final game, running in engine.